I had two beautiful long haired cats named Scotty & Missy.  Last year I lost my two fur babies to old age.  Scotty was 19 years old and Missy was 20 years old.  A day never goes by without me thinking about them.  I miss them both. The house was soooo quiet!  The Mister & I felt sad.  I felt empty too.

So....after some grieving and soul searching, I wanted another pet.  Not a cat.  Every time I saw pictures of cats it reminded me of Scotty & Missy.  I usually broke down in tears.

I decided (noticed I said "I" and not "we", the Mister was against getting another pet) to adopt a dog.  We saw one at the shelter but someone adopted him the next day.

While surfing the web, I came upon a website called Pamela's Dogs.  She rescues dogs from high kill shelters in California and other States.  I contacted her and we decided to do a trial adoption with 2 dogs.  She brought over two dogs but the Mister did not take to them.  I went on her website again and saw a picture of  a frightened 4 pound Maltese cross named Cupcake. My heart melted.  I wanted her.  But Pam said someone was going to look at her that day and she would let me know if she gets adopted.  That was a long day!

On December 31, 2012, my new fur baby was delivered to the house.  The Mister fell in love with her as well.  We renamed her CeeCee.  She is the cutest thing.  She welcomes you home with lots of kisses!!! We totally love her. 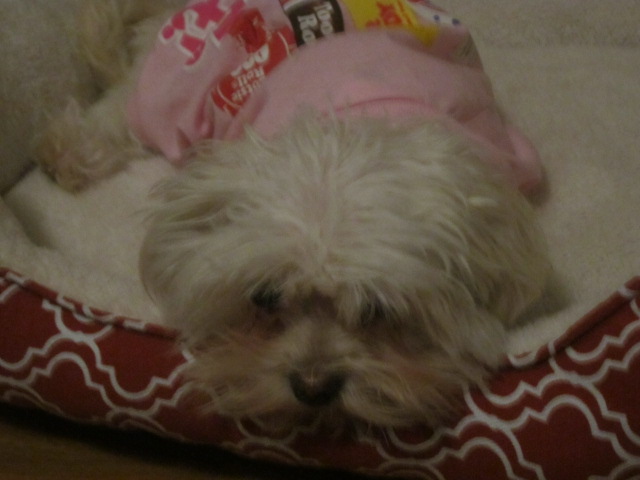 CeeCee's first day with us. 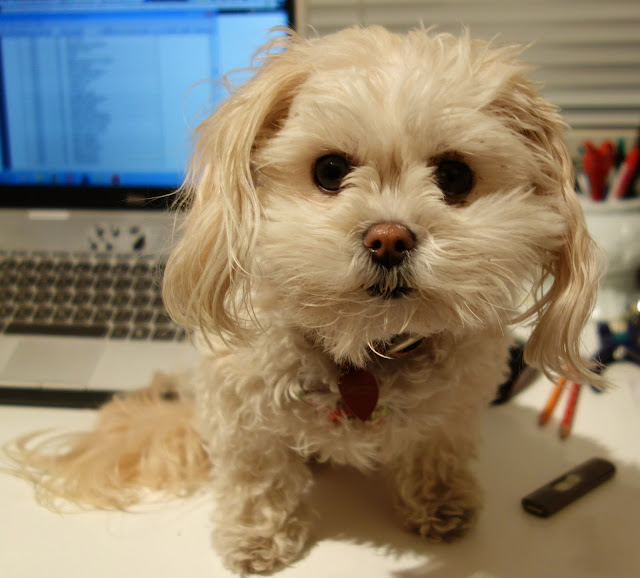 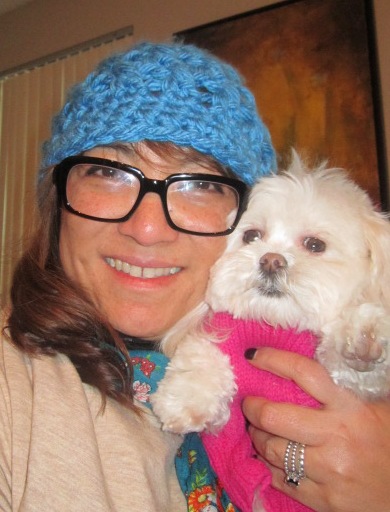 Created by CRAFTY AFFAIRE at 17:10